Texas State Roofing Company completes restoration of the Ludowici® tile roofing system on the historic Martinez House in Hebbronville, Texas.  The Spanish Colonial mansion, constructed by the Spanish land-grant descendants of the Martinez family, was completed in 1933, at 412 East Santa Clara Street. The Martinez family donated their adjacent land holdings for the Hebbronville Town Plaza, nearby SCOTUS College; which was a Franciscan seminary, and Our Lady of Guadalupe Catholic Church.

The Martinez House is an excellently preserved example of Spanish Colonial Revival architecture constructed pre-World War II.  Built prior to air conditioning, every bedroom has access to a large shaded sleeping porch, and few windows in this mansion are touched by direct sunlight. Ceilings are all 10′ high throughout, and the underlying structure is made of I-beam steel, supported by handmade bricks filled with stones and sand. Porch and floor areas are made of metal mesh with concrete. The home also has a complete and originally finished basement which is extremely unusual in this area of Texas.

The roofing tiles are original Ludowici® Spanish tiles, crafted in New Lexington, Ohio, and which at the time were utilized mostly for large public buildings, due to the high quality of the tile and expense. Every downstairs floor is made of encaustic tiles imported from Europe each with its own custom design for the particular room theme.

Unlike most Spanish Colonial arches in South Texas and Mexico, the Martinez House was built by expert masons with decorative brick, completely visible, with no stucco to mask errors in the arch supports. The cast stone balustrades are Romanesque, a colonial influenced design, while the cast stone pillars supporting the arches have a unique twisting fluted column topped by Greek Corinthian decorative leaf tops. The Corinthian order is the most ornate of the Greek orders, characterized by a slender fluted column having an ornate capital decorated with two rows of acanthus leaves and four scrolls.

The longest occupying generation of the Martinez House family were Homero (1912-1983) and wife, Beatrice (1913-2012) Martinez, and their four children.  Homero Martinez was a rancher, veterinarian, Captain in World War II, former all SWC baseball pitcher for the Texas Aggies on the 1934 SWC Championship baseball Team, as well as, former County Judge of Jim Hogg County from 1961-1978.

Having remained in the Martinez family for three generations, the Martinez House is undergoing extensive restoration by a family who acquired the property in 2018.

The scope of work for this roof restoration was a complete ‘detach and reset’ of the eighty-six (86) year old clay tile, and installation of Polyglass® Polystick® MTS PLUS, self-adhered high temperature roof underlayment and all new accessories.  Due to a number of original circa 1933 tiles being broken, exact matching replacement tiles were ordered from Ludowici® Roof Tile for both the field and ridge conditions.  The roof design incorporated three different colors of tile in a linear pattern adding a distinctive touch to the already exemplary design of the period. Ludowici® Tiles have a 75-Year Warranty from the manufacturer!  And that may be the most conservative warranty out there for roof covering materials with the vast majority of these eighty-six year old tiles prepared for their centennial anniversary. 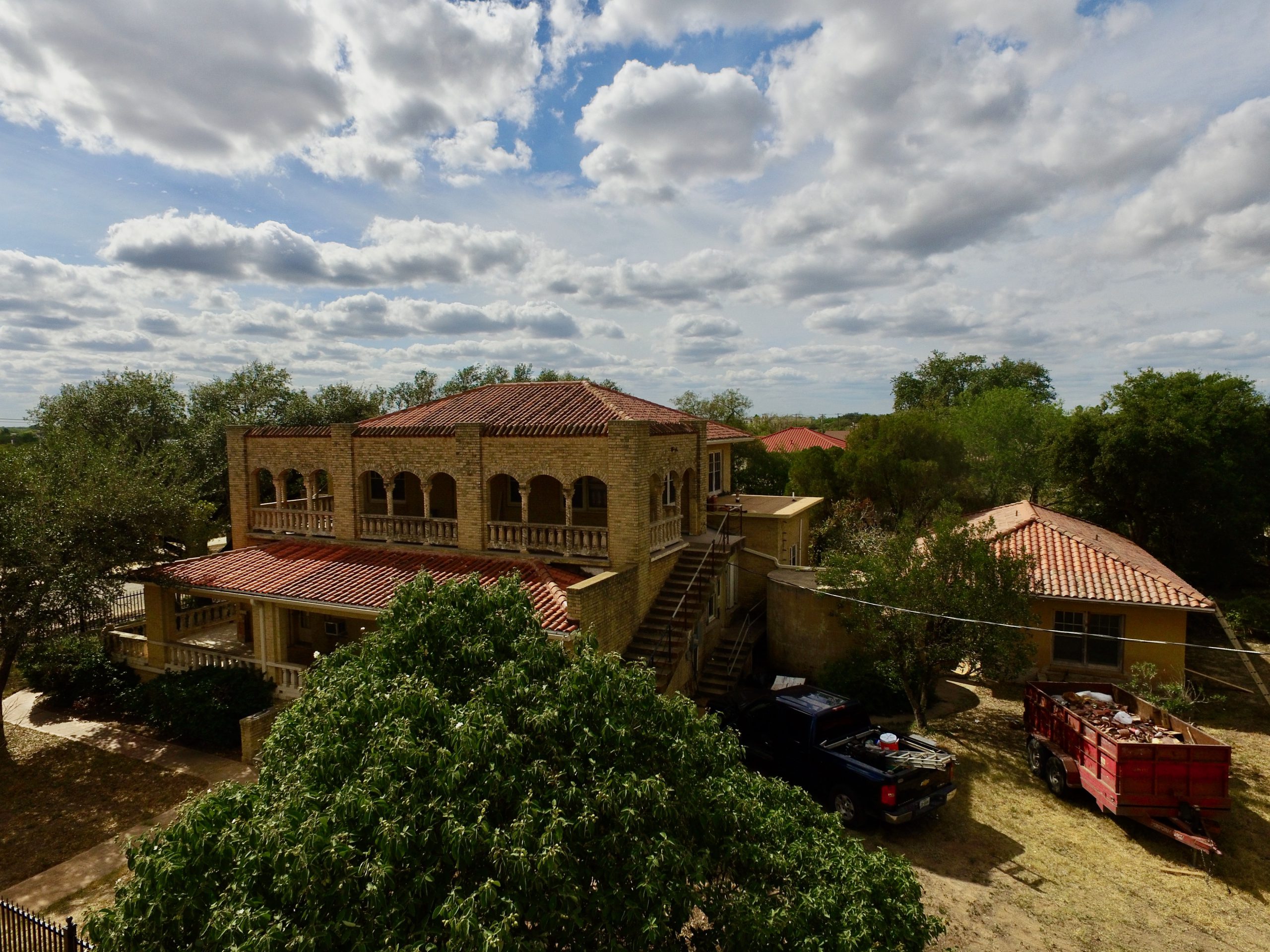 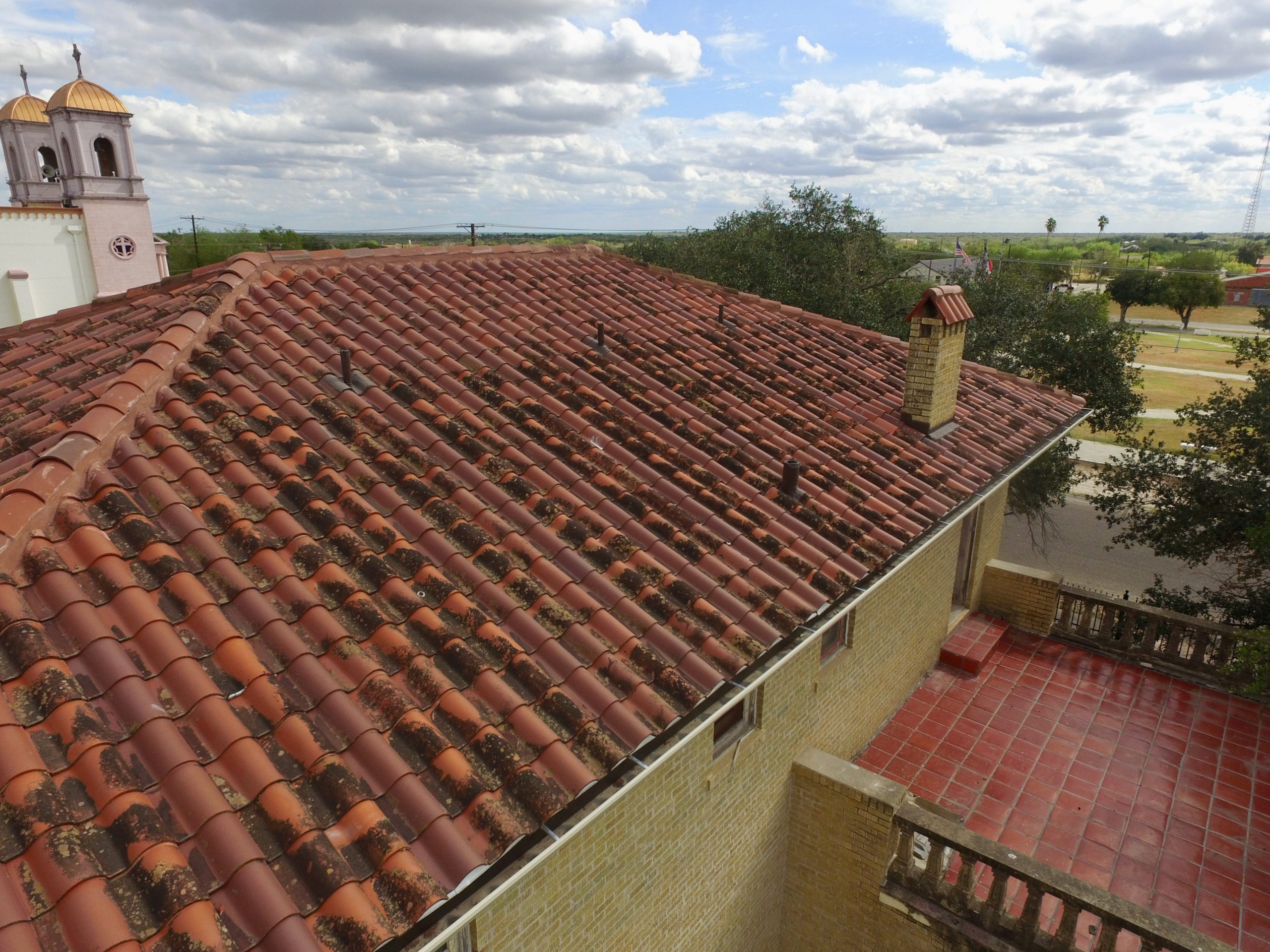 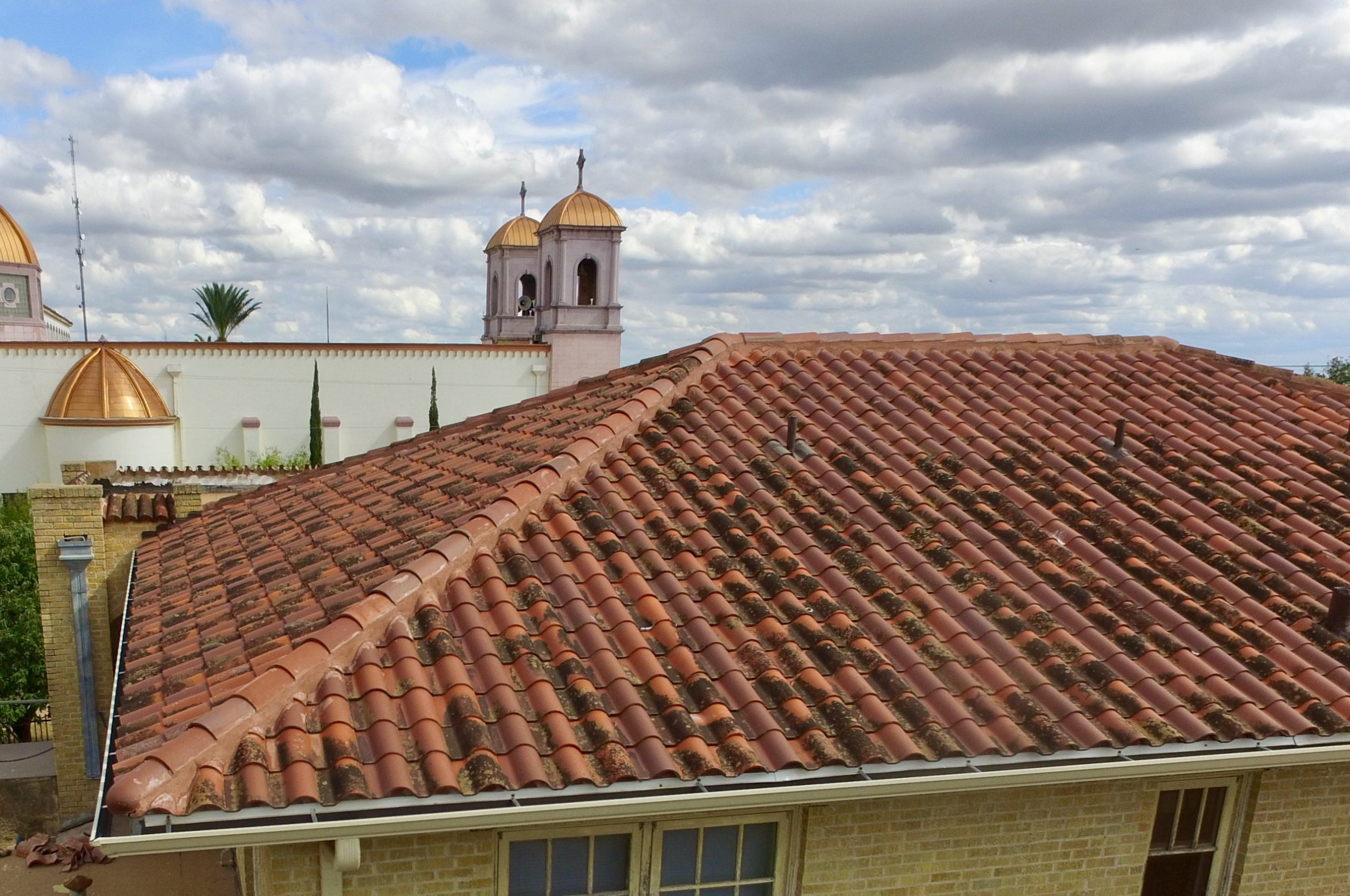 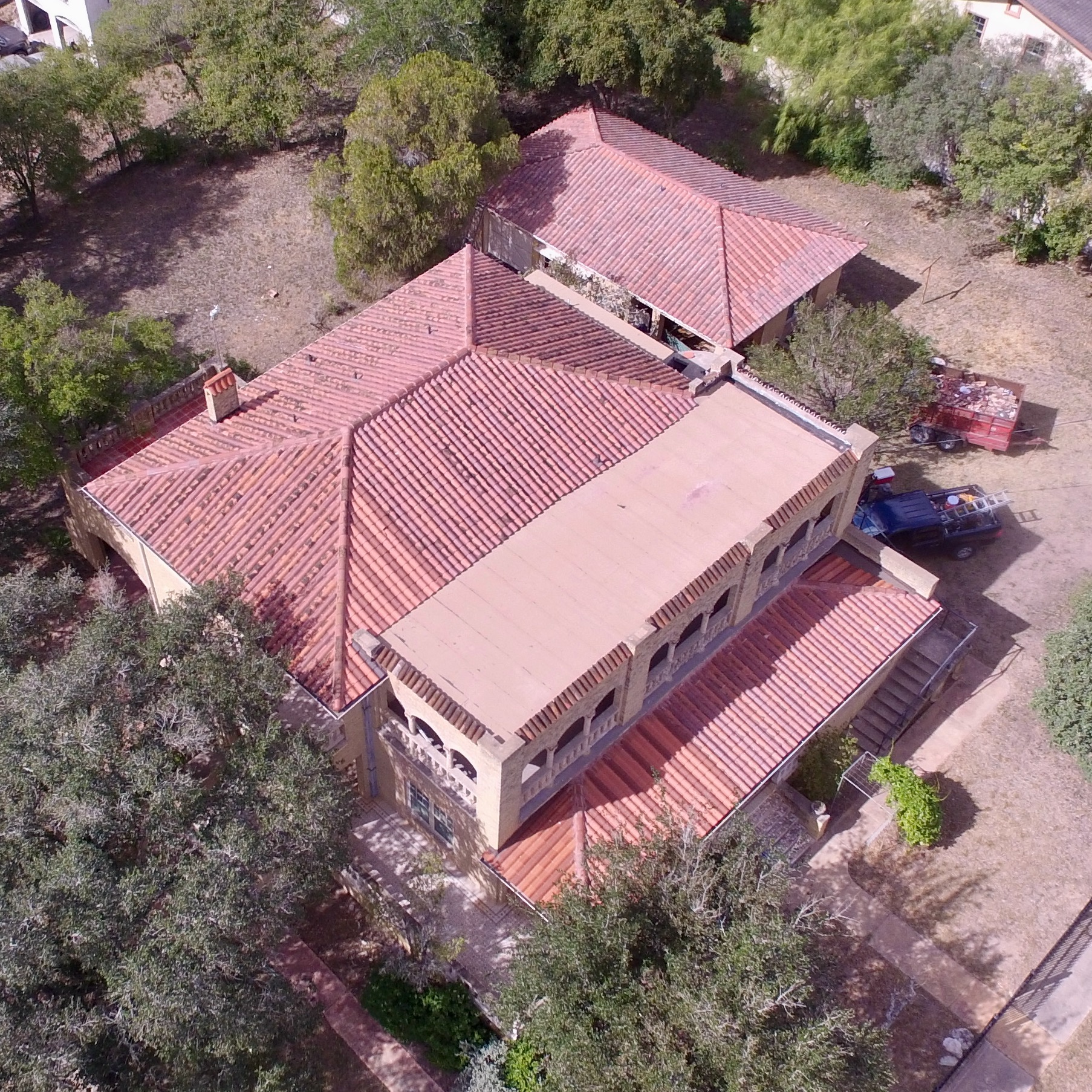 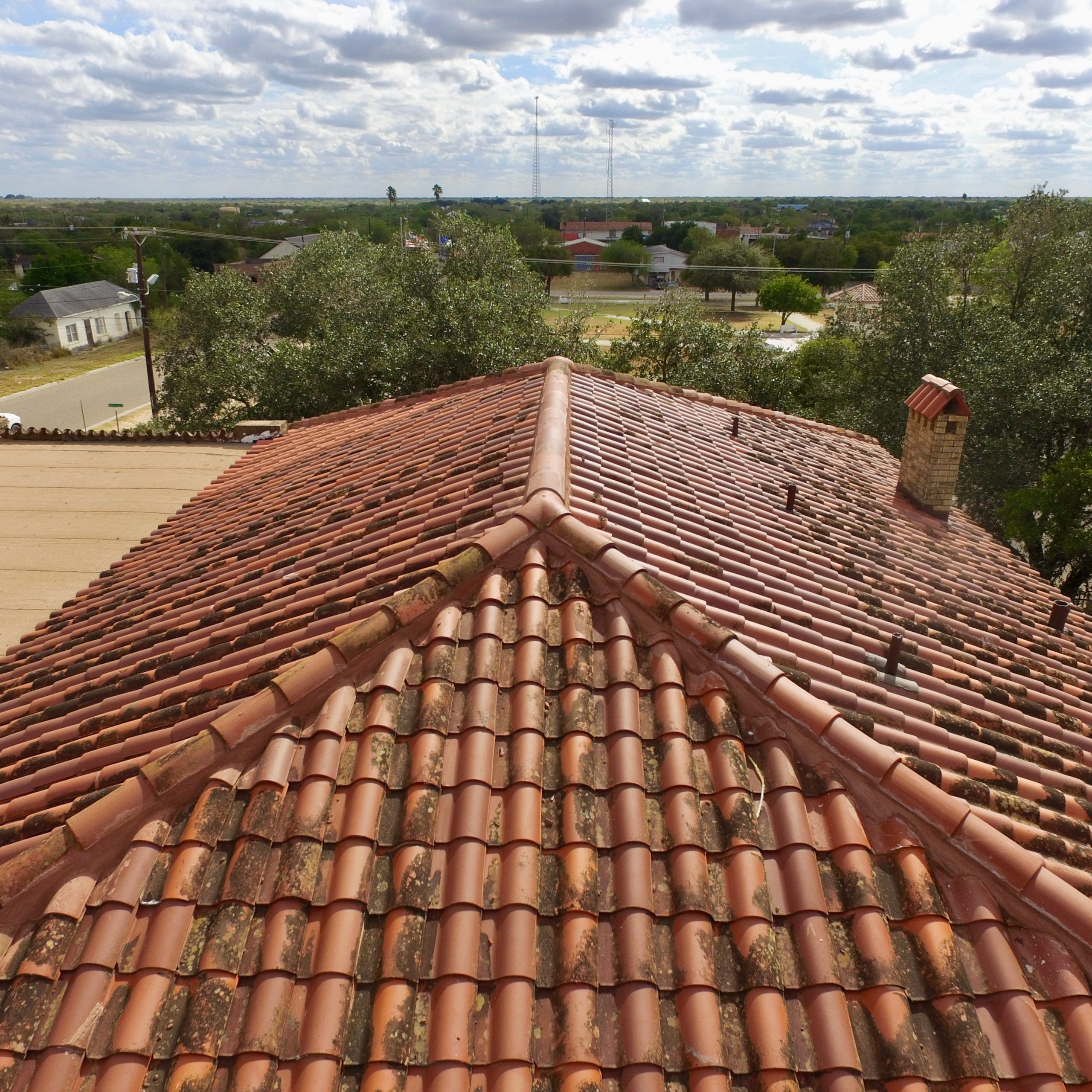